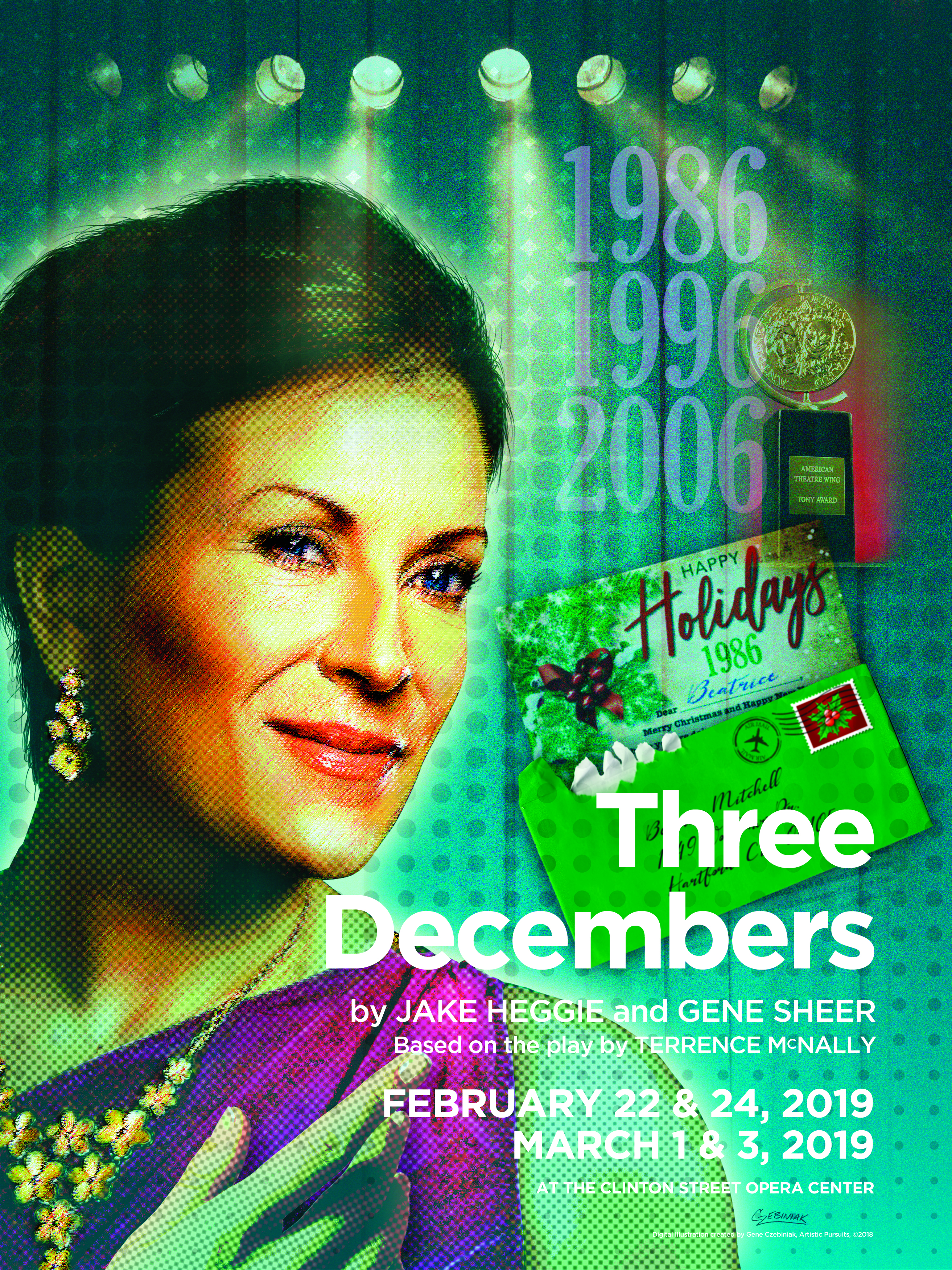 Three Decembers is a 90 minute one-act opera based on Terrence McNally’s original script for Some Christmas Letters. The story takes place over three decades of the AIDS crisis each section recalling the events of a December, as the characters struggle to connect when family secrets are revealed.

BASED ON THE PLAY BY TERRENCE MCNALLY

Charlie and Bea read their mother’s annual Christmas letter while talking on the phone. Their mother, Madeline (Maddy), writes that she wishes she could be with them for Christmas. As fortune has it, she is working in the Caribbean for the holiday. They share laughs and unapologetic sarcasm over their mother’s writing style, attempting at glossing over their often strained relationship with her.  Maddy writes about Christmas with their father before they were born; Bea admits that she hardly remembers their dad, as she was just seven and Charlie five when he died, but they miss him nonetheless. Maddy announces that she will be starring in her first Broadway musical, which Charlie refuses to attend. Maddy concludes the letter with goodbyes; however, she mistakenly addresses Charlie’s partner as Curt. Charlie becomes increasingly upset, having hoped that after five years with Burt, his mother would have at least remembered his name. Bea admits that she envies the love Charlie and Burt share.

A well-dressed Bea joins Maddy in her dressing room after a performance of Maddy’s new Broadway show, Daybreak. Bea praises her mother’s performance as she instinctively helps her mother with the post-show dressing room routine.  Bea is very concerned for Charlie and Burt, as Burt’s health deteriorates. She accuses Maddy of being an absent parent, unsupportive of her children. Defending herself, Maddy claims she was only away from her children because she had to provide for the family as a single mother.

Bea visits Charlie in San Francisco. Burt is not doing well and Charlie is coming to terms with Burt’s looming death. The siblings reminisce on their childhood; what they remember, specifically of their father, and what they wished they remembered.

Charlie is alone in his apartment, surrounded by packed and sealed boxes, flipping through his journal and disclosing that Burt died seven weeks ago. Maddy eventually came to visit right before Burt died. Maddy’s voice comes in, singing the lullaby Charlie’s father used to sing to him, and which she sang to Burt when she visited.

Maddy has been nominated, again, for the Tony Awards. Bea and Charlie plan to join their mother for the award ceremony. All three in their respective locations sing the father’s lullaby; encouraging each of them to let go of their fears and frustrations.

Alone in Maddy’s apartment on the night of the Tony Awards, Bea stands in front of a full-length mirror. She is trying on her mother’s clothes as she sips from a glass of white wine.  Bea is slowly unraveling in her insecurities: her mother’s criticism and neglect, her unfaithful husband and her drinking habits. Charlie rushes in with shopping bags, noticing that Bea is upset, but she denies it. He attempts to cheer her up with impersonations of their mother.
Maddy enters and starts preparing for the Tony Awards, discussing her acceptance speech. She plans to acknowledge Charlie and Burt’s relationship and how no one is immune to tragedy. Charlie and Bea are unimpressed.

Maddy accuses Bea of being drunk and acting just like her father, revealing the grim truth that their father was a drunk who could not maintain a job. The children believed that their father had been killed in an accident, but Maddy finally shares that his death was a suicide, making up the car accident to protect them. Charlie and Beatrice are devastated.

The argument is interrupted, unresolved, as Maddy has to leave to go to the awards. Bea and Charlie, feeling victimized, refuse to accompany Maddy to the Awards.

Maddy has died quietly in her sleep, after writing her latest Christmas letter. Bea and Charlie speak at Maddy’s memorial service held at a Broadway Theatre.  Bea gives tribute to both her parents’ souls. The service concludes with a few lines from Maddy’s last Christmas letter; “All in all isn’t life simply grand? I’m so awfully glad I showed up for it.” 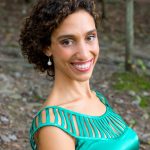