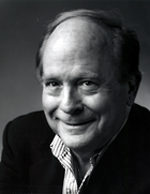 Born in 1925 and completely American-trained, Mr. Hibbitt attended both the Philadelphia Conservatory and the Philadelphia Music Academy. He was also the founder of the New York State Opera League and served in the U.S. delegation to the International Conference on the Education of the Young Singer in Sofia, Bulgaria. Mr. Hibbitt made his European debut at the Teatro Regio in Parma, Italy, conducting The Arturo Toscanini Symphony Orchestra. He returned to Europe in 1991 to lead performances (Lucia di Lammermoor) at the Bilbao Opera Festival in Spain and returned recently for Verdi’s Rigoletto. As a guest conductor in the U.S., his credits include appearances with the Chautauqua Opera Association, Arizona Opera, Syracuse Opera, the Opera Theatre of Greater Lansing, Fort Worth Opera, Four Corners Opera, and a critically acclaimed New York debut with the Chamber Opera Theatre of New York. Maestro Hibbitt was called to Cincinnati Opera at the eleventh hour in 1994 to conduct Richard Leech in its production of Roméo et Juliette. In 1949, he founded Tri-Cities Opera with Carmen Savoca and this year TCO is celebrating its 70th anniversary. Mr. Hibbitt and Mr. Savoca devoted most of their careers to the training of young singers at Tri-Cities Opera through its nationally-renowned Resident Artist Training Program. Mr. Hibbitt was the 2008 recipient of the Broome County Arts Council’s Lifetime Achievement Award and his influence on one of the area’s oldest and most revered Arts institutions cannot be overstated. He will be missed by all who had the privilege to work under his tutelage. 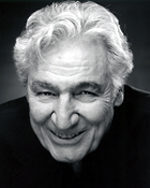 For 49 years, Carmen Savoca was the Artistic Director of the opera company he founded with Co-Artistic Director Peyton Hibbitt. He also served as Producer and Stage Director for Tri-Cities Opera since its founding in 1949. During his tenure with Tri-Cities Opera, he also served as vocal instructor for the Resident Artist Training Program. A 1950 graduate of the Philadelphia Music Academy, he also studied extensively with Vienna State Opera Director Josef Tornau.

Over the course of his career with Tri-Cities Opera, Mr. Savoca directed all but three of the productions presented over 49 seasons including the world premieres of Myron Fink’s Jeremiah in 1962 and Chinchilla in 1986, and Ezra Laderman’s Galileo Galilei in 1979. His directing credits outside of Tri-Cities Opera include work with Chautauqua Opera Association, Edmonton Opera, Arizona Opera, Oklahoma City Opera, Wichita Opera and the New York City Opera.

A gifted singer, he performed title roles in Rigoletto, The Barber of Seville and the world premiere of Jeremiah in his early career. Mr. Savoca also served on music panel of the New York State Council on the Arts and for 20 years was an adjunct professor and co-director of the Master of Music in Opera program at Binghamton University. In 1993, Savoca and Hibbitt were given the University Medal by Binghamton University President Lois DeFleur. One of the highest honors the University can bestow, it is given to persons who perform distinguished service to the University, to higher education, and to the community.

In 1992, Savoca and Hibbitt were given a Special Citation by New York Governor Mario Cuomo, “[I]n recognition of their role in forming the Tri-Cities Opera Company and developing the company into an acclaimed cultural institution.” 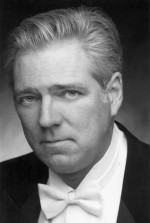 For 44 years, Duane Skrabalak was an integral part of Tri-Cities Opera. Beginning humbly in the chorus and as an accompanist while still a student at Johnson City High School, he remained with the company for his entire professional career (1966-2010). Under the tutelage of Tri-Cities Opera’s co-founder, Peyton Hibbitt, Mr. Skrabalak served in a variety of musical capacities: chorus master, vocal coach, conductor and, finally, artistic and music director. In 1999, at the age of 50, he became the youngest person to receive a star on Binghamton’s Walk of Fame.

For many audience members, Skrabalak became the voice and face of Tri-Cities Opera through his popular Operalogues (pre-performance previews), which, in witty fashion, demystified the sometimes incomprehensible opera plots. That same wit and intelligence helped him mold Tri-Cities Opera’s volunteer chorus into a critically acclaimed ensemble.