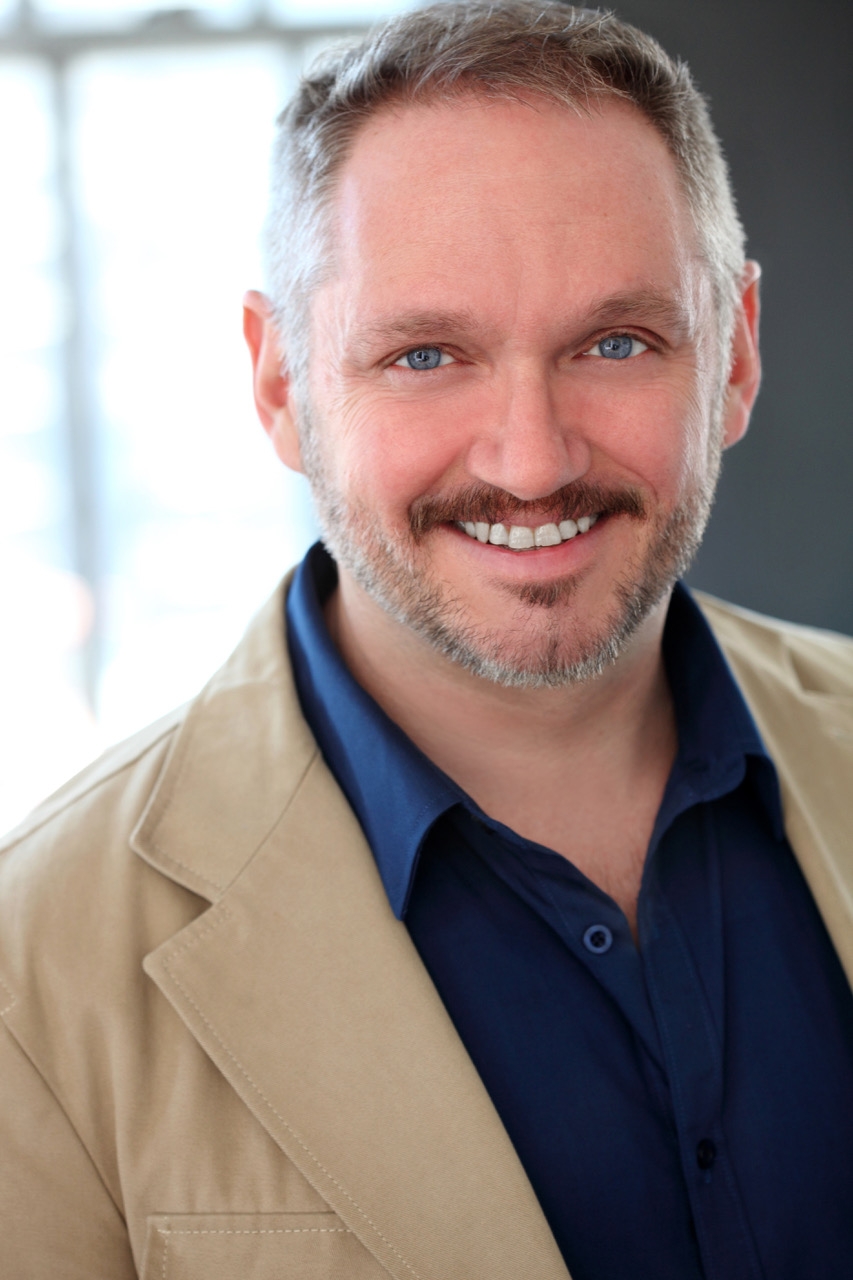 Recent international directing credits include European tours of Die Zauberflöte and Hänsel und Gretel. His production of Die Zauberflöte with Kids-For-Classic Theater Kiel has been playing to audiences in Germany, Switzerland and Austria since 2007. In 2017 and 2018 he returned to the production to sing the role of Tamino. Mr. Wuehrmann continues to balance his directing career with one of performing in opera, operetta, musical theater, on the legit stage, and in television and film. Favorite roles include Ko-Ko in The Mikado, Colonel Fairfax in Yeomen of the Guard (conducted by Susan S. Ashbaker), Lord Tolloller in Iolanthe, Richard Dauntless in Ruddigore, Mr. Box in Cox and Box, Frederik Egerman in A Little Night Music, Cogsworth in Beauty and the Beast, Gus/Growltiger/Bustopher Jones in Cats, Ralph Waldo Emerson in Charm, Gabriel Conroy in James Joyce’s The Dead, Floyd in Floyd Collins, Piquillo in La Perichole, The Chairman in The Mystery of Edwin Drood, and Bumerli in The Chocolate Soldier. Shakespeare credits include Malvolio in Twelfth Night, Jacques in As You Like It, Friar Lawrence in Romeo and Juliet, and Hortensio in Taming of the Shrew. Wuehrmann also dabbles in film and television and makes appearances in BlacKKKlansman, The Wolf of Wall Street, St. Vincent, Redrum, Celebrity Ghost Stories, The Deuce, and The Good Wife. Also, he was eaten by sharks in NatGeo Wild’s When Sharks Attack.

Other companies with which Mr. Wuehrmann has performed include the London Symphony Orchestra, Seaside Music Theater, Virginia Opera, Santa Fe Opera, Toledo Opera, Sarasota Opera, The Orchestra of St. Luke’s, Baron Rouge Symphony, Salt Lake Acting Company, and Mad Cow Theater. He served as Assistant Professor and Director of Opera and Music Theatre at James Madison University, as an Assistant Professor of Musical Theatre at University of Central Florida, and has directed productions with University of Iowa, Bowling Green State University, Miami University, Morningside College, and Santa Fe College. He can be heard on several Albany Records recordings of Ohio Light Opera productions, including Falsacappa in Offenbach’s The Brigands, the title role in Sousa’s El Capitan, and The Notary in The Grand Duke. He currently resides in New York City.