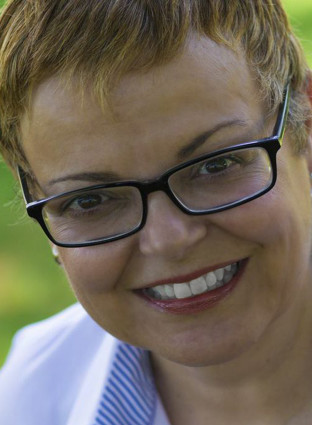 Carleen Graham is a 2015 SUNY Distinguished Teaching Professor and has been the director of the award-winning Crane Opera Ensemble at SUNY Potsdam since 1991. Her productions of Amahl and the Night Visitors, On The Town, L’Egisto, L’Enfant et les Sortiléges and Mikado have received awards from the National Opera Association, The American Prize and the American College Theater Festival. Her guest stage directing credits include the Royal Conservatoire of Scotland, Curso Internaçional de Música Vocal in Aveiro, Portugal, Baltimore Summer Opera Workshop, Tanglewood Music Center, Boston Symphony Orchestra, Berkshire Opera Company, Eastman School of Music, and Central City Opera.

Carleen is co-founder and Executive Director of the Fall Island Vocal Arts Seminar that will celebrate its 5th season in May. She currently is a member of the Board of Directors of the National Opera Association.

Deeply committed to the pedagogy and teaching of opera and music theatre, she is a recipient of the 2009 State University of New York Chancellor’s Award for Excellence in Teaching and the 2006 SUNY Potsdam President’s Excellence in Teaching Award. She is an active presenter at conferences and her publications include articles for The Opera Journal, Journal of Singing, Opera America Perspectives Series, and Classical Singer magazine.

Carleen earned a Doctorate of Education from Teachers College, Columbia University; a M.M. & G.D. in vocal performance from New England Conservatory of Music, and a B.M. in music education from Ohio University.