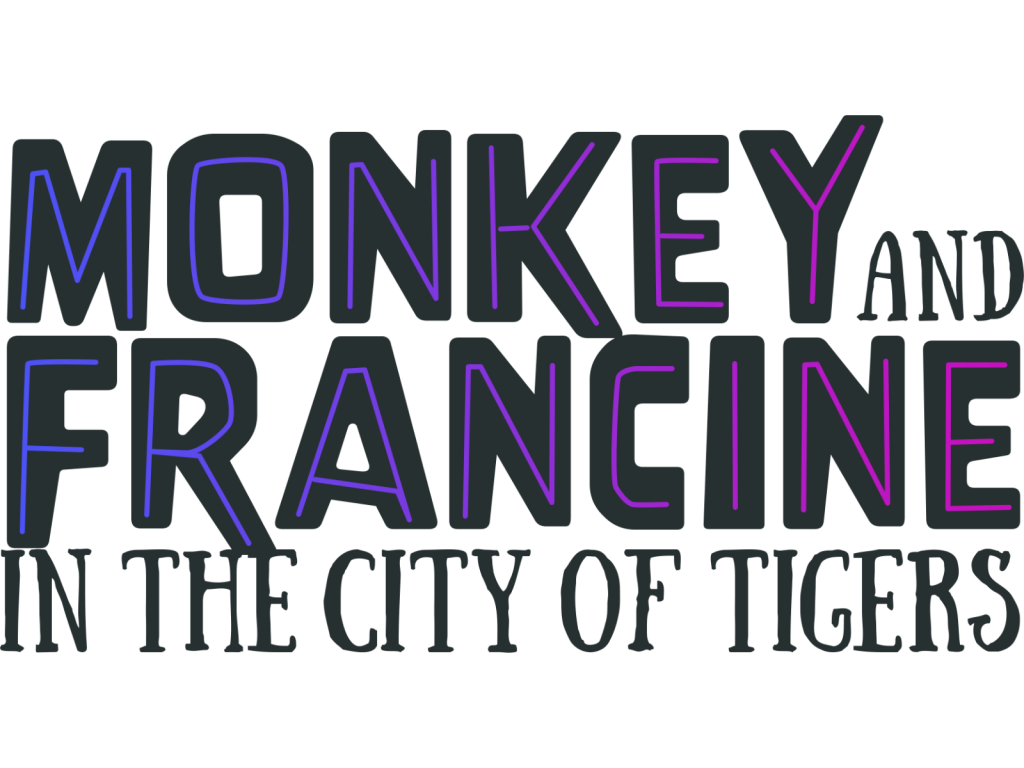 An opera in one act, sung in English. Music by Kamala Sankaram; libretto by David Johnston.

Monkey and Francine in the City of Tigers is inspired by Indian and Chinese mythology and the Bollywood style. This hilarious fable demonstrates the power of teamwork as a monkey prince and his brainy sister outwit a hungry crocodile and escape from the City of Tigers.

THE STORY & Sources
ACTIVITIES
BEHIND THE CURTAIN 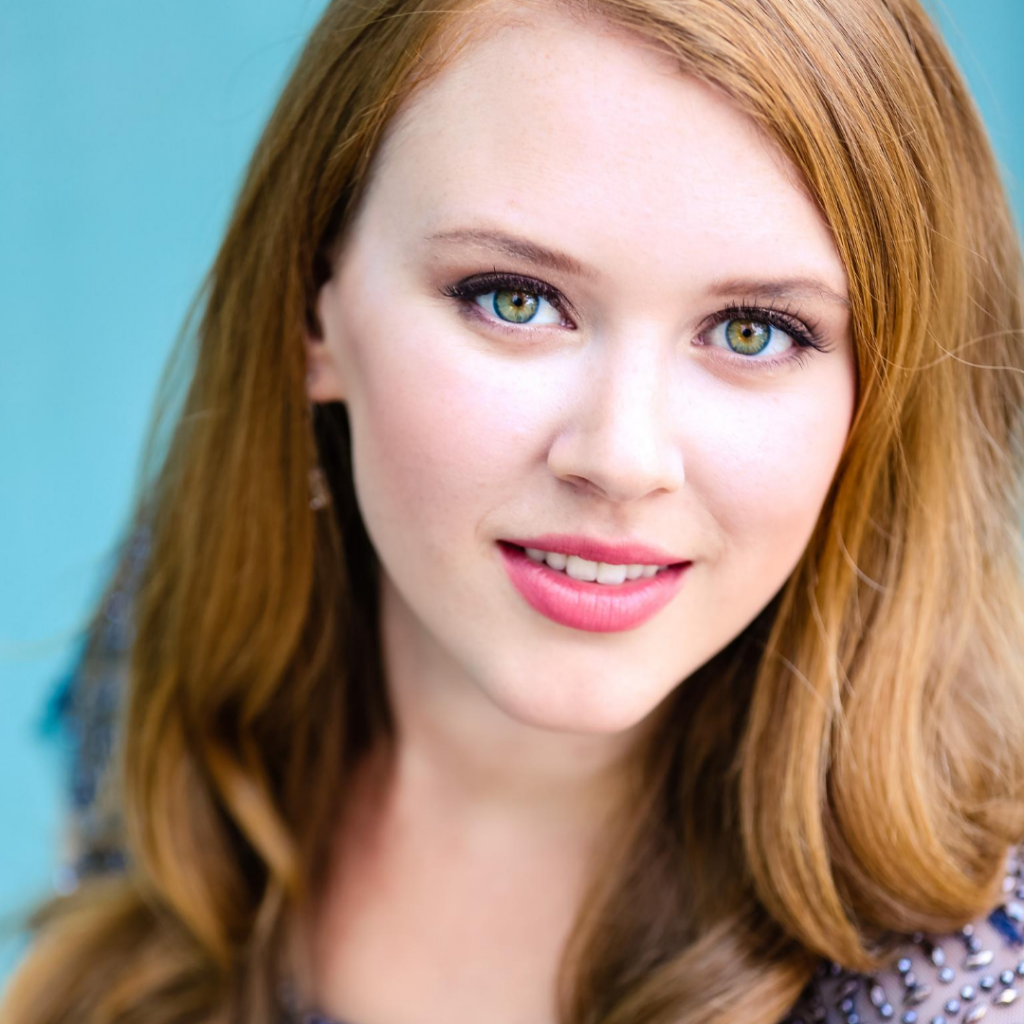 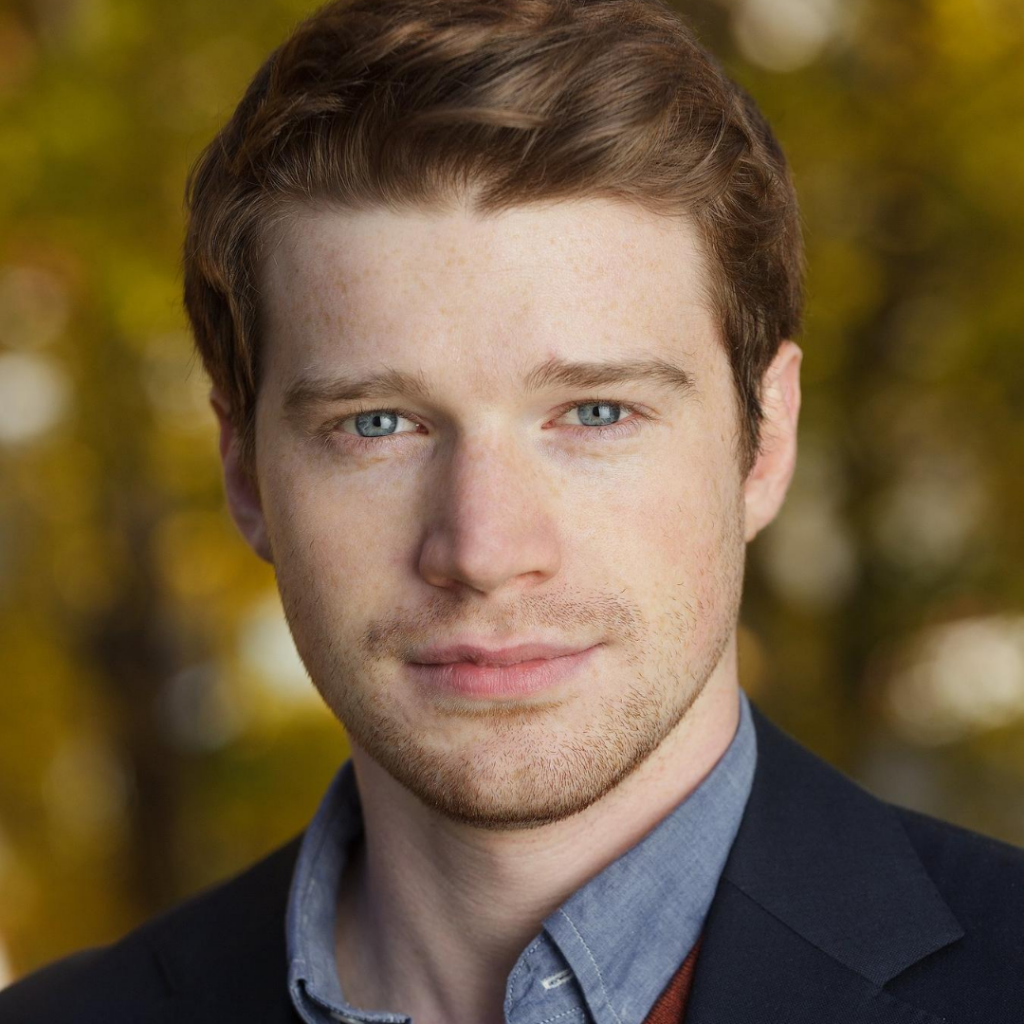 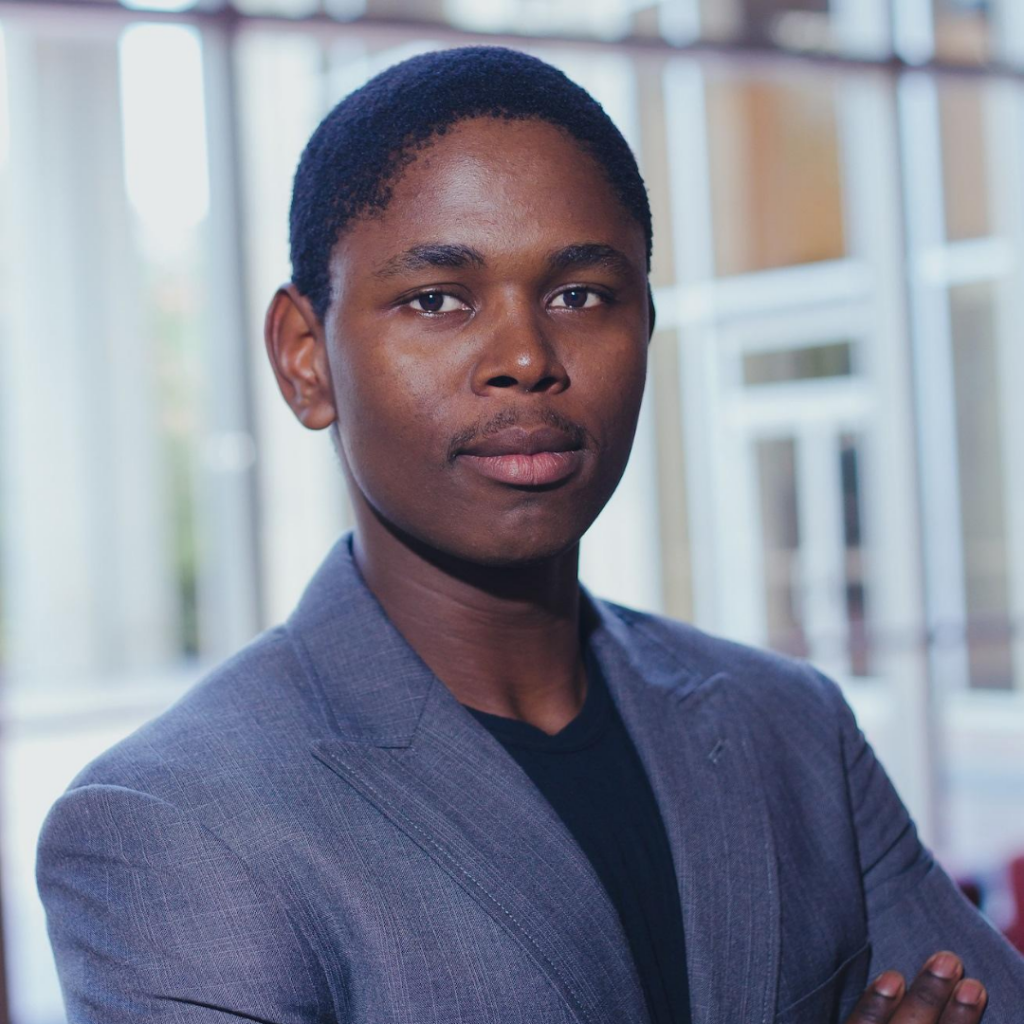 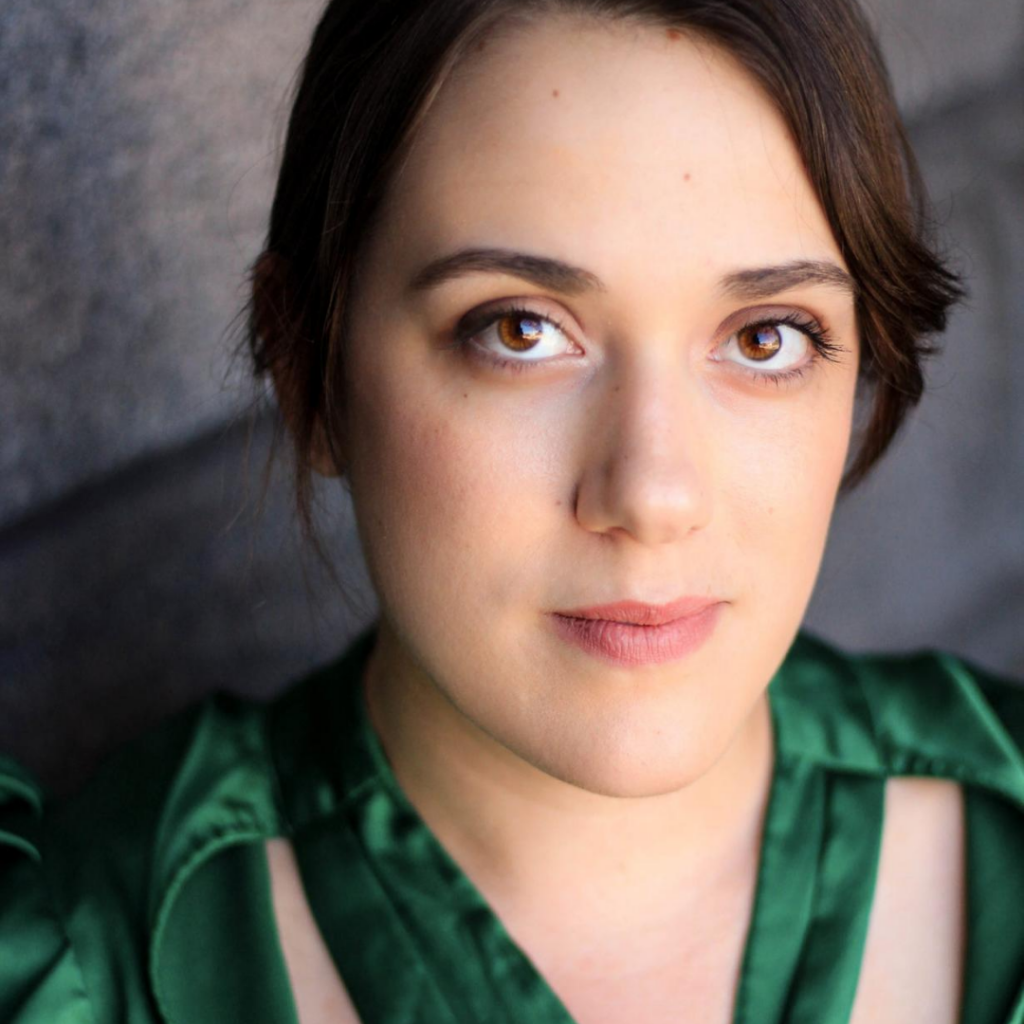 The Royal Monkey Family live in a palace in the middle of the world. The Monkey King and Queen are very proud of their son, Monkey, who can’t wait to grow up and be the Monkey King. His sister, Francine, who loves to read, also dreams of the adventures she could have if her parents would let her. Monkey taunts her that boys are stronger, faster, and smarter. Their parents warn them of the dangers that lurk in the forest – tigers and crocodiles – and make their children promise to never venture outside the palace alone.

When Monkey falls out of a window trying to catch the moon, which he believes to be a dumpling, he meets a crocodile. He escapes by outwitting the crocodile, and with Francine’s help, defeats it. When Francine is kidnapped by tigers, Monkey sets out to rescue her. Together, they outsmart and overcome the tigers and return home, where their parents are overjoyed to see them. Monkey proudly states that Francine and he will co-rule the kingdom because together, they are stronger, faster, and smarter.

According to David Johnston, the characters in this brand new story were inspired by age-old folktales, epic poems, modern comic books, and even Kung Fu movies.

This includes the Ramayana, an ancient Indian epic poem which narrates the struggle of the divine prince Rama to rescue his wife Sita from the demon king Ravana. Hanuman (pictured on right) is the monkey-companion of Rama. He is viewed as the ideal combination of “strength, heroic initiative and assertive excellence” and “loving, emotional devotion.” He symbolizes the human qualities of inner self-control, faith and service to a cause, hidden behind the first impressions of a being who looks like a monkey.

Hanuman with a Namaste posture

Hanuman is stated by scholars to be the inspiration for the allegory-filled adventures of the monkey hero, Sun Wukong, in the Xiyouji (Journey to the West) – the great Chinese poetic novel (pictured on left). He is a monkey born from a stone who acquires supernatural powers through Taoist practices.

Another source of inspiration were the Amar Chitra Katha
comic books (pictured on right), which aim to spread knowledge and create a better awareness about Indian mythology.

Hanuman leaps for the rising sun, thinking it to be a piece of fruit

The story of “The Monkey and the Crocodile,” which features prominently in the opera, is from an ancient Indian collection of animal fables called the Panchatantra. The stories of Panchatantra are found in numerous variations in different world languages. There is a Swahili version which, instead of a crocodile, features a shark!

Tyger Tyger, burning bright,
In the forests of the night;
What immortal hand or eye,
Could frame thy fearful symmetry?

The poem that Francine recites in the opera is by the English poet William Blake, from his Songs of Experience collection. It is one of his most famous poems.

The young princess of the Monkey Kingdom and Monkey’s sister. Francine loves reading books and has a special fondness for poetry. She enjoys bugging her brother and dreams of adventure.

The young prince of the Monkey Kingdom and Francine’s brother. His real name is George but he likes to go by “Monkey” instead. He’s often told that someday he’ll be king which fills him with pride. However, he’d often rather be eating bananas or getting into trouble.

Mother to our two young heroes, she wishes her kids weren’t such a handful sometimes.

Father to our two young heroes, he loves his family but worries about the kingdom.

A smooth talker, but ultimately not too bright.

This feline ruler has an enormous ego and a constant need for validation. He’s taken all the gold and bananas from the Monkey Kingdom.

The obsequious wife who constantly praises the Tiger Lord. She also has a flair for choreography.

Since the early 19th century, singing voices have usually been classified in six basic types, three male and three female, according to their range; some opera boasts a seventh voice type, the countertenor, as well:

SOPRANO, the highest voice type, normally possessed only by women and boys.

MEZZO-SOPRANO, the voice type lying below the soprano and above the contralto; the term comes from the Italian word “mezzo,” meaning “middle.”

COUNTERTENOR, a male voice type with a range comparable to that of the female mezzo-soprano, achieved by singing in the falsetto (or “head voice”) range.

BARITONE, the male voice lying below the tenor and above the bass.

She sent us some fun YouTube links that highlight her source material:

Mulatu Astatke is an Ethiopian musician and arranger considered as the godfather of Ethio-jazz.

Kamala is in a band called Bombay Rickey! Check out their arrangement of Taki Rari by Yma Sumac and Moises Vivanco.

The music of Monkey and Francine also uses Hindustani rāgas: Sudh Sarang and Chandranandan. Rāgas are found in Hindustani music, a form of classical music from Northern India. Rāgas are most similar to Greek modes, like the Dorian and Phrygian scale. Rāgas gain their character from the number of notes within a scale, the actual pitches, the order of pitches in ascending versus descending passages, and the relative importance of notes within the scale.

Notes may be raised or lowered by a half step. This is usually indicated by case: in a scale starting on C, an E-flat would be written as lowercase “ga.” Descending (avaroha) passages may use different notes than ascending (aroha) passages, so you’ll usually be given the swara for each.

In the Hindu traditions, rāga musical notes have personalities, and they are reverentially linked to gods and goddesses.

Monkey and Francine uses two rāgas: Sudh Sarang for the Royal Monkey Family theme, and Chandranandan for Scene 2, when Monkey is singing to the moon.

An Mbira (also called a Zanza, Kalimba, or thumb piano) is an African instrument. It consists of a wooden resonator and metal keys or tines. There are seven typical tunings for the Mbira, which are made up of specific intervals, rather than notes.

This piece uses a tuning called Mahororo when Francine is lost in the forest and thinking of her family. This tuning is close to the Western musical Ionian mode, also known as a diatonic major scale. Majororo tuning was developed by the Mujuru clan, and represents their ancestral burial grounds.

This opera also utilizes a Son Montuno pattern during the Lord Tiger’s song. Son Montuno (“music from the mountain”) was born in Cuba, and is a mixture of African rhythms and Spanish music. Arsenio Rodríguez, known as “the wonderful blind,” was one of the foremost Cuban musicians that popularized this musical style.

Arsenio Rodríguez, the Father of Son

The following are the some of the percussion instruments you’ll hear throughout the opera. 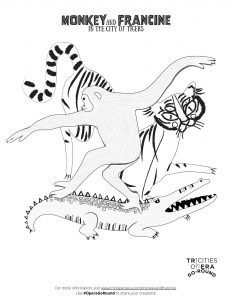 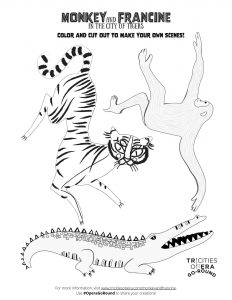 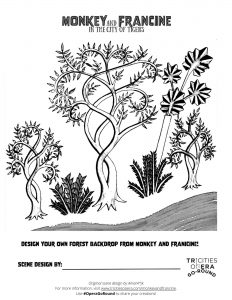 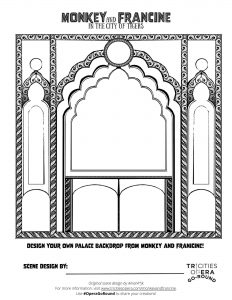 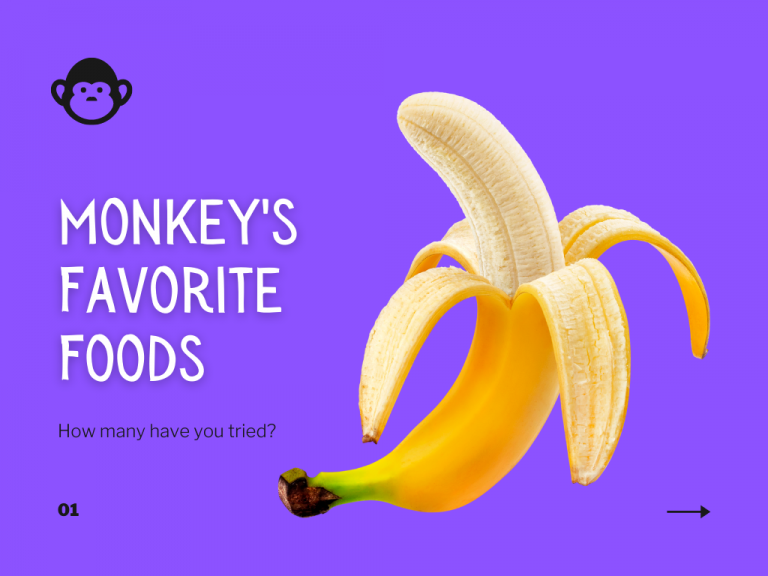 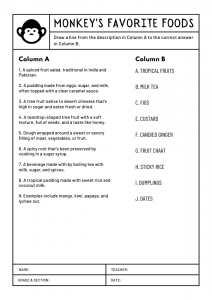 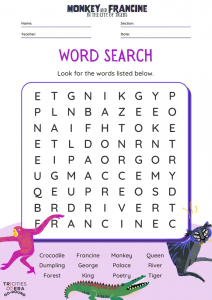 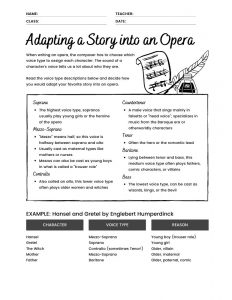 Adapting a Story
into an Opera